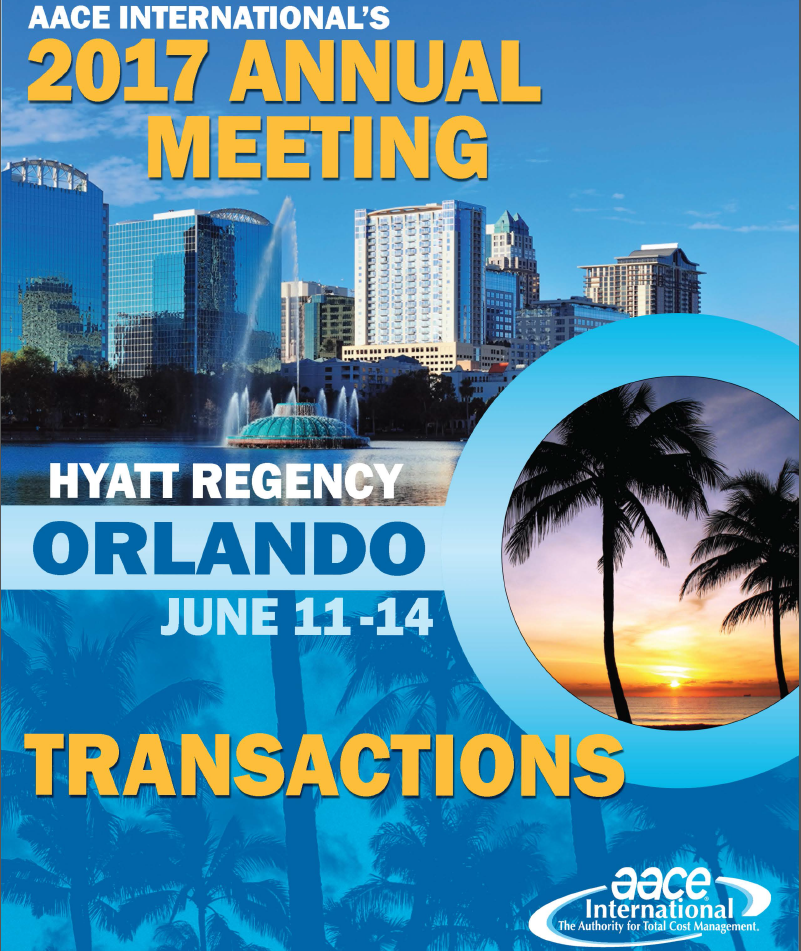 June of 2017 marked my first attendance at the Annual Meeting of AACE International (formerly Association for the Advancement of Cost Engineering). It was in Orlando – kind of a bummer since I had just attended the Construction CPM Conference in Orlando back in January.

Attendees were treated to two excellent keynote addresses: On Monday, Frank Abagnale gave lessons learned from his early life as a globe-trotting teen criminal followed by 42 years in the FBI.  (Leonardo DiCaprio played Abagnale in Catch Me if You Can .)  On Tuesday, Justin Newton of Walt Disney Imagineering gave an excellent presentation on the use of Cost and Schedule controls in constructing Disney’s latest attractions.

The technical sessions were first-rate, and I was continually facing the need to decide between multiple sessions of major interest that were taking place at the same time.  In sum, I wound up participating in four sessions on project risk analysis, two sessions on advanced forensic schedule analysis, and three sessions on advanced planning and scheduling topics.  I also sat in on Dr. Dan Patterson’s showcase of his latest AI-assisted, “knowledge-driven planning” effort, called Basis.   Judging from Dan’s previous successes with Pertmaster and Acumen Fuse/360/Risk, Basis is going to take project management to a whole new level. Finally, I participated in a very robust business meeting of AACE’s Planning and Scheduling Subcommittee.

Besides participating as a regular member of the association, I presented two papers in the Planning and Scheduling Technical Program.  The first is a paper I wrote to address the deduction of resource-driving links in BPC Logic Filter: (PS-2413) Extracting the Resource-Constrained Critical/Longest Path from a Leveled Schedule.

The second is one where I made only a modest contribution in review but agreed to present the paper on behalf of the primary authors who were unable to attend the meeting:  (PS-2670) Draft Recommended Practice No. 92R-17 – Analyzing Near-Critical Paths.

The resulting discussions were stimulating, but judging from the quantitative scoring (based on the speaker evaluation cards), there’s some room for improvement in communicating with this audience.  Lessons learned: 1) Despite the refereed papers, this is not an academic meeting.  Most attendees are seeking professional development (i.e. training) hours on familiar subjects.  Presenting on an esoteric subject like the first paper  – especially one without means of direct application in the prevailing software – is guaranteed to disappoint some; 2) When someone asks you to present their word-choked slide deck on a subject that you don’t completely own – especially a prescriptive procedure like the draft RP – don’t do it.  Nobody will be happy with the result.

I look forward to returning to the annual meeting in 2019.