The native MSP predecessor and successor tables provide only limited information: ID, Name, Type, and Lag – all sorted according to the order the links were initially created.  Here they are shown as part of the Task Details Form.  Further examination of any linked task can be achieved by double-clicking an entry to open the corresponding Task Information dialog.

In contrast to the native forms, Logic Inspector provides a richer table: sorting the links according to relative float, highlighting driving links at the top of the table, and identifying links to inactive tasks at the bottom. Scheduled dates, Percent Complete, Total Slack, Task Calendars, and Resources of the linked tasks are also shown by default for easier confirmation and communication of relative float results.  (If desired, the latter two fields can be replaced by user-selected fields from the current task table.) 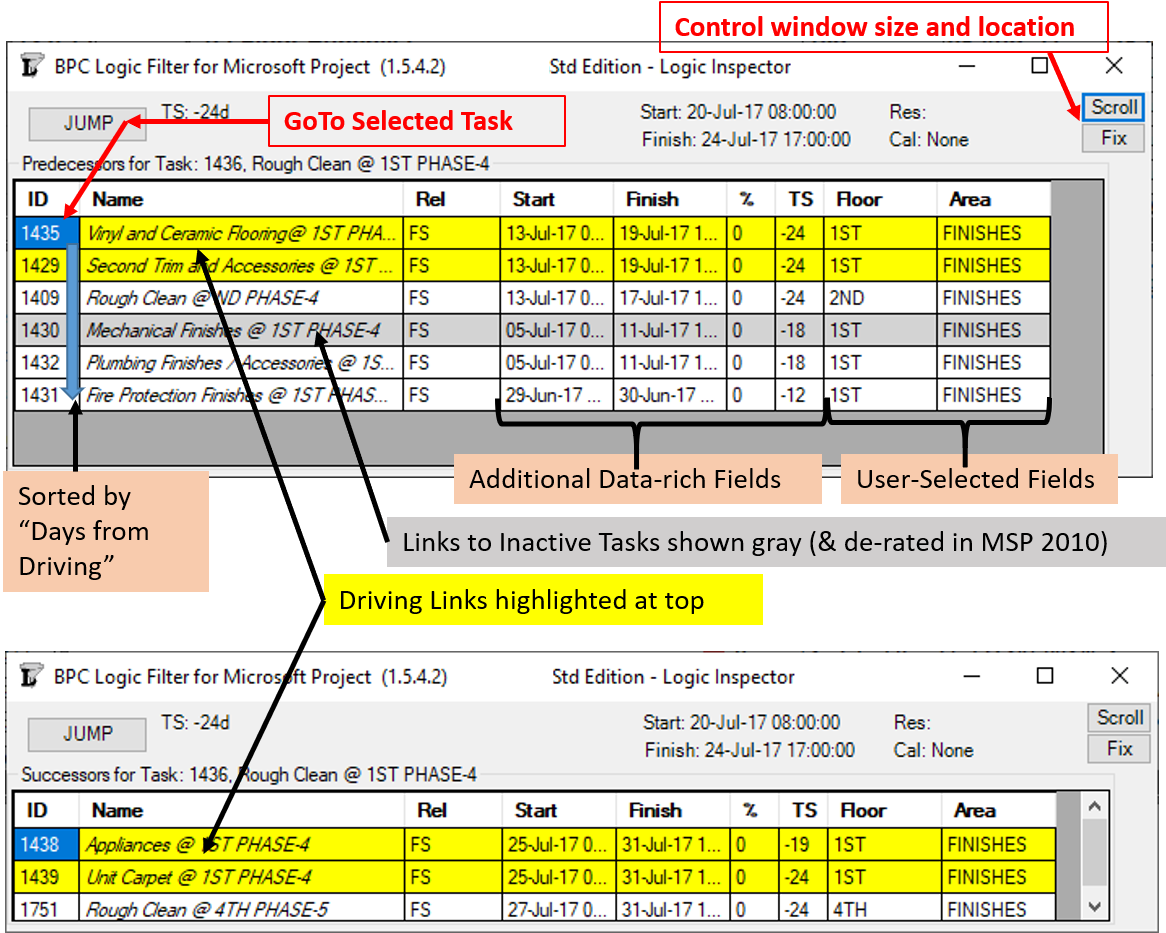 The Pro version adds columns to display up to four different types of relative float for each relationship.  More importantly, late-driving and bi-directional-driving relationships are highlighted by default.  These are particularly useful for prioritizing multiple driven successors of a particular task. 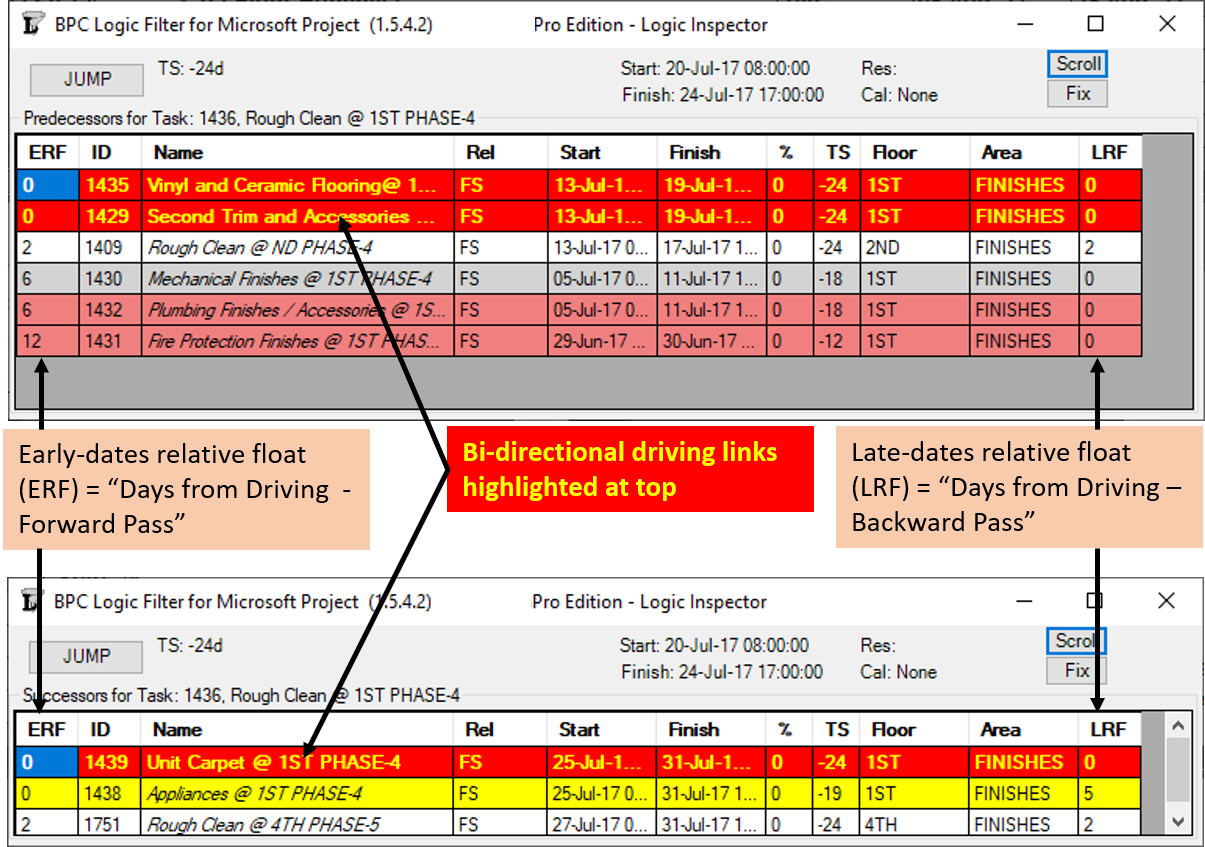 The JUMP button allows logic-based navigation forward and backward through the schedule network one task at a time.  Jumping to another task using the button automatically updates the predecessor and successor forms.  Driving relationships are selected by default, but any relationship can be selected and explored.  To keep things simple, you can’t jump to a task in another project window.

Check out the video here to see the feature in action.