Planners attempting to build complex project schedules in Microsoft Project will typically come across the circular logic warning at some point when trying to link tasks.

In general, most such messages come from assigning logic to summary tasks, which experienced schedulers don’t do.

When an experienced scheduler encounters the circular logic warning, it often means that he has made an earlier error in the logic that is only now being detected as the loop is closed.  For example, a normal construction “fragnet” for concrete structures may include the following task sequence: Form -> Pour -> Finish -> Cure – > Strip(forms), repeated over and over for different structures on the project. If I get the warning when trying to impose one of these obvious links – say from Pour to Finish, then I know that Pour and Finish are already connected.  I have to find the logical error in that path of task connections.

Fortunately,  BPC Logic Filter includes a little feature that’s been variously referred to as “Bounded Network Analysis,” “Truncated Logic Tracing,” and “Logic Tracing to Target.”  It finds all the connections between any two tasks in the project and filters out all the others.  This makes finding the error that much easier.  The figure below highlights the selected task (Form3) in yellow and the target task (Pour3) in orange.  In the example, I can trace the problem linking Form3 and Pour3 to a “dummy string” of tasks that was inserted between Cure3 and Cure2. 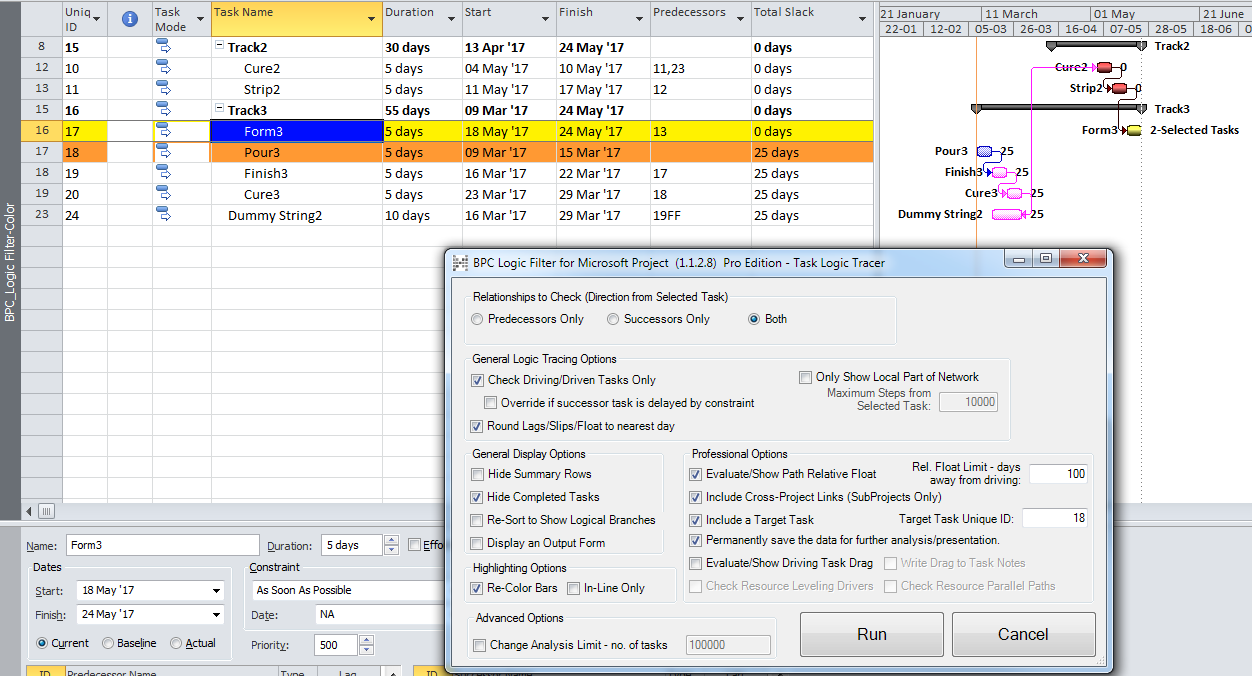 Early last year I wrote about a method for finding the connections between two arbitrary activities in a CPM schedule.  Most of that post was aimed at using the circular logic error handler in Oracle Primavera P6 to accomplish the objective.  Obviously, this turns that method around.